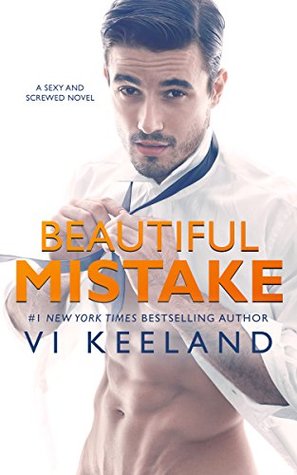 The first time I met Caine West was in a bar.

He noticed me looking his way and mistakenly read my scowling as checking him out.

When he attempted to talk to me, I set him straight―telling him what I thought of his lying, cheating, egomaniacal ass.

You see, the gorgeous jerk had wined and dined my best friend-smooth talking her into his bed, all along failing to mention that he was married.

He deserved every bit of my tongue-lashing and more for what he’d done.

Especially when that lazy smile graced his perfect face in response to my rant.

Only it turned out, the man I’d just told off wasn’t the right guy.

Embarrassed, I slunk out without an apology.

I was never going to see the handsome stranger again anyway, right?

That’s what I thought…until I walked into class the next morning.

I’ll be working under you…figuratively speaking.

Although the literal interpretation might not be such a bad thing―working under Professor West.

This was going to be interesting…

I didn’t like this as much as I was anticipating. It just really fell flat for me. It had so much promise to be more. The chemistry was there, but everything else was not.

I did like the way that Rachel and Cain met and when she found out that she was going to be his TA that semester. Their chemistry was off the charts! No matter how much they tried to deny it. It was almost like a slow burn reading this because you know it’s going to happen but it seemed like it never would. When it finally happened, it was amazing!

There were a couple of reason I gave it 2 stars. The main reason was because of the back and forth. Their relationship was unprofessional from the beginning so all the hot and cold wasn’t needed. speaking of hot and cold, I couldn’t decide if I wanted to slap Cain or root for him. He took forever to tell Rachel that he knew her. He let that drag on way too long.

Rachel, oh Rachel. She wanted to come off as so strong and independent, but this girl put on her running shoes and chased Cain. Every time he pushed back like he wasn’t interested, she would try to seduce him to get him to give in. Like I said hot and cold, one minute she was independent and didn’t need a man and the next she was crying about re virginizing her vagina (not my words). Umm..just no.

Overall, like I said earlier the chemistry was there but it could have more in the character and story building department.

One thought on “Beautiful Mistake by Vi Keeland”