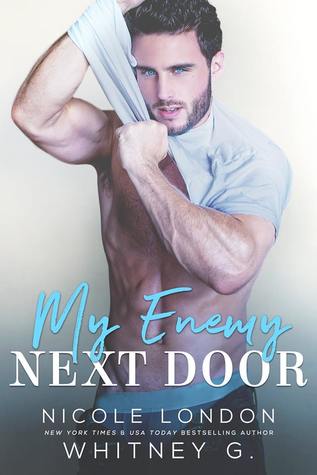 We used to be close.
We used to be best friends.
Until we became enemies all over again…Courtney Ryan ruined our on and off again friendship with one swipe of her sexy, red pen. After the final rude message she wrote in my yearbook, I decided that we didn’t need to see each other anymore. (But if we ever did, I would show her exactly why I had every reason to be “cocky,” and make her admit that I really *was* “that damn sexy.”)Now that it’s ten years later, I’ve graduated from law school at the top of my class, and I’m being recruited to work at the number one law firm in New York City.Since I’m in desperate need of a change and want to meet new people, I don’t hesitate to accept the offer.Until I find out that Courtney Ryan graduated from law school, too.
Until I realize that she’ll be working at the same exact firm, in the office right across from me.

And if this timing isn’t unfortunate enough, she’s far more tempting and sexier than I originally remembered.
(Oh, and last night I found out that she lives right next door…)

You know I’m trash for anything that Whitney G writes, so when I got an ARC of this I was screaming my ass off for a good 10 minutes. I haven’t read anything by Nicole London before, but after this book, I will definitely pick up some of her books! These two together were pretty good writing team. I couldn’t tell who wrote what, the story just flowed and that was awesome!

One of my favorite law professors once told me that the worst thing a lawyer can do is hold a grudge.

I loved Courtney and Jace’s story! It was a second chance romance that I couldn’t put down once I started reading.

They ended up meeting again after Jace starts to work at the law firm that Courtney does. Sparks still fly 10 years later and both are too damn stubborn to talk about why things ended. They both felt that they had been dumped, but neither had the right reasons.

The banter between these two was hilarious! Between the pranks and the miscommunication about what happened back in the day, I was all in.

What I loved the most was the flashbacks of them in high school. The romance between them jumped off the page and I just wanted more of it.

It was over before I was ready but all in all, this was amazing and you shouldn’t hesitate to pick this up!

The quotes were taken from an ARC and are subject to change upon publication.

5 thoughts on “My Enemy Next Door by Whitney G. & Nicole London”