So I was recently got an ARC of Alexa Riley’s Charmed and loved it. So I decided to make in an Alexa Riley book marathon that evening. By now you know that I’m trash for anything that they write and I will read the hell out of smut.

Since their books are quite short, here are some mini reviews of their books.
NOTE: if you don’t like insta love and over the top romance, then these books won’t be for you. 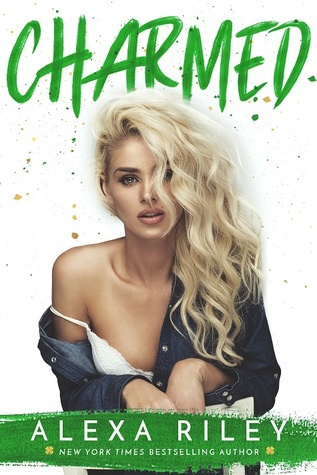 Every day Charlie goes to sketch a beautiful building that’s been under construction. She’s drawn to it for some reason, and it makes her paints come alive. On the day the painting is to be finished, the St. Patrick’s Day parade is in town. But a run-in between her tray of paints and a big grouchy beast in a suit has her fleeing for safety.

Warren has never wanted someone the way he wants her. One chance encounter has got him searching every inch of the city for her. She can hide, but not for long. He’ll make her his, no matter what.

Warning: This St. Patrick’s Day quickie is adorably fun and over the top. Grab your shamrocks and cozy up with this sweet treat.

Goodreads | will update with Amazon link when the book is released

Charlie loves to paint and has been painting one this one building throughout the course of its construction. During a St Patrick’s Day parade she literally gets bumped into Warren Shade, the owner of the building. As soon as he sees her Warren know that she is his.

Aww, you guys this was so cute and everyone should read it for St Patrick’s Day.  At first, I wasn’t sure if I would like Warren, but he let out is possessiveness and won me over. Charlie was cute and I loved seeing her working with the kids at the center. We had some romance and threw in some drama to make this book a breeze to read. 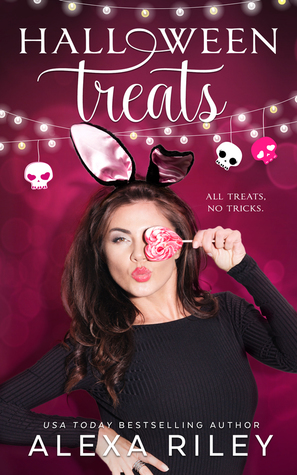 Raven Treat is an elementary school teacher with a secret crush on the uncle of a student. She’s been lusting from afar, but little does she know he’s been taking steps to make her his.

Jack Bates has been obsessed with Raven since the second he saw her. The Halloween school dance is his opening to make her his and make sure she never gets away.

Warning: Their story is fast, hot, and sugary sweet! Grab some candy corn and throw it in the trash… Then get some chocolate and snuggle up with this adorable read!

These two were a treat to read *get it?*

Anywho, Raven & Jake were busting with freakin’ chemistry.  Their chemistry was just out of this world.

“If I don’t get inside her soon, I’ll die, and then my ghost will spend eternity haunting her and trying to ghost-fuck her.”

Now Jack was right on the borderline of being a stalker. That’s why I had to know off a star. I know I like a little craziness in men but not this crazy. The first night they were together he tells her that she’s going to move in an marry him. Hold up now!

All in all, the good parts outweighed his stalker tendencies and I liked them. 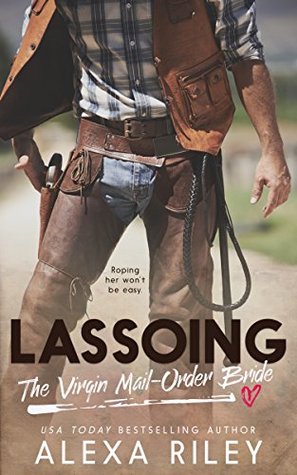 When Clare Stevens walked onto the McCallister ranch, she expected her life to be a certain way. She was the mail-order bride of the owner, and she was to fulfill her duties. Clean the house, cook for his men, and warm his bed at night. What she didn’t expect was the beefy cowboy who walked in and literally swept her off her feet.

Cash McCallister didn’t have time to date and find a wife. So a mail-order bride seemed the easiest way to find a partner. He thought he’d made a mistake until he laid eyes on the little piece of sunshine that lit up his life. He never imagined a true love like this. He never knew an obsession could take hold so tightly.

When drama hits the farm and their fast love is threatened, can Clare and Cash hold it together?

Warning: This is literally as cliché as it sounds…and just as awesome. It’s country living with high-calorie foods and easy sunsets. Come sit on the porch and stay a while. You’ll like what you see.

Cowboys, mail-order bride, and a southern setting? I was sold!

Cash and Clare were a pleasure to read about. I haven’t read a book that had a mail-order bride trope, so I didn’t know what to expect.

there was chemistry between these two, but they didn’t act on it right away. crazy right?!

“You’re a big old brute, you know that, Cash? You can’t just manhandle something when it doesn’t do what you want,” Clare huffs out, and crosses her arms over her chest.
“When it’s mine, I do.”

They decided they wanted to give this a shot and not have it be just a marriage of convenience, all bets were off. I loved Cash so much! He knew what he wanted and did beat around the bush about anything.

I loved this one so much, that I really need to pick up the Cowboys and Virgins bundle!

So there are some of the Alexa Riley books I have read recently.
Have you read anything by her lately?