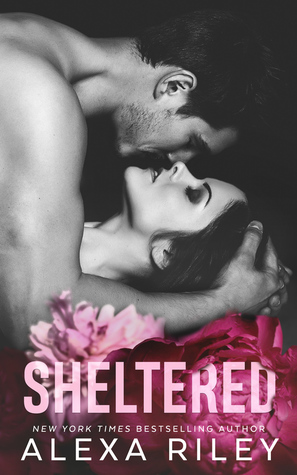 Blair Rosewood is preparing for her first day at her new job. She left her trailer park town to go to college and make something of herself. Now she’s in Charleston, South Carolina surrounded by people with money and she’s going to have to keep up. She hasn’t exactly ended up where she wanted, but she’s going to make the best of it.But one night everything changes. Suddenly she’s taken from all that she knows and is being held captive by a man who is beyond obsessed with her. He’s created a paradise for her with no escape, and he won’t allow an inch of space between them.

Warning: She’s been captured by a beast who refuses to let go of what he wants. But this brooding alpha has secrets of his own, and he’ll do everything he can to protect her from them.

Okay, so this was different than what I was used to from Alexa Riley. They gave us a bit of a mystery and a lot more plot here!

Blair was a bit naive but it was understandable. She went her life without a single person showing her affection. So the minute somebody did, she has stayed with them even though all the signs were pointing to him being wrong for her.

Ryker was a mystery man. He was the same kind of love interest that you expect, over the top alpha and obsessive as hell about the heroine. But his reasoning was different than most that we get from their stories.

I thought I had some of this book figured out but they did throw some twists in there and surprised me! This book was a bit longer and I loved it. It was a good story! It was sweet and a had a great ending. I can’t wait to see what else these ladies come out with!

ARC provided by author in exchange for an honest review.

6 thoughts on “Sheltered by Alexa Riley”