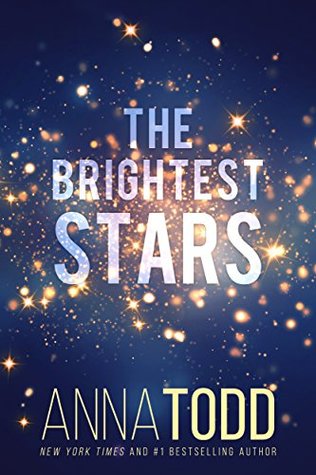 Karina knows the harsh realities of military life. And like anyone who has grown up around an army base, she knows the background noise that follows a soldier home from war. That’s why she’s forging her own quiet life in her own little house. But she hasn’t turned her back on her family. She’s the glue that holds them together–when her father is deployed, when her brother, Austin, has another brush with the law.Karina knows that she has to look after herself, that she can’t always fix what’s broken. But when Austin’s behavior worsens and her father’s reactions grow more extreme, Karina feels her own edges beginning to fray. That’s when she meets him–a closed book she’s desperate to open.

At just twenty, Kael is a handsome, brooding soldier struggling with the aftermath of two tours in Afghanistan. He’s emotionally damaged and closed off. Quiet doesn’t begin to describe him. But as Karina gets used to his stable presence, she finds it hard to ignore the way he makes her feel. In their time together, she finds the stillness she has always wanted and never found. She lets down her guard. And she lets herself fill in the blanks about this mysterious man.

But illusions quickly made are quickly shattered. That’s when Karina has to find her own courage–to untangle the truth from the lies, and decide what she’s going to do about it.

A riveting story about love and lies, THE BRIGHTEST STARS will stay with you long after the last page has been turned.

“There was a time when he’d say my name, and just like that, I’d give him anything he wanted.”

I should state that I didn’t know that this wasn’t a standalone. I honestly just saw that Anna Todd was coming out with a new book and wanted to read it! If ya’ll could have seen my face when I reached the end of the book and realized that the ending was a cliffhanger, you would have laughed at me!

Our two main characters are Kael and Karina. Kael was a soldier who has just gotten home. He doesn’t really talk much and Karina notices something about him. Something that makes her want to get to know him. Karina is a massage therapist that’s trying to distance herself from her army father and his new wife.

For the most part, I did like our main character Karina. I related to her in a way that felt like home. The way she deals with things and her thought process felt really familiar to mine. Does that make me a mess? hell yeah, it does.

“I’ve always been good at pretending the world isn’t burning around me.”

The chemistry between these two was there but it was always something there that made it seem like the author was holding back. Also, I’m still a little confused about the timeline! Did they know each other for 2 weeks for longer?

In this book, we have two people helping each other heal while falling in love along with family drama and some secrets that come to light.

This ends on a cliffhanger that could almost be considered brutal. Like I said before, I was unaware that this wasn’t a standalone. So while it wasn’t an absolute favorite of mine, I will still be reading the next book because I need to know what happens next!

** ARC provided for an honest review. Quotes were taken from an ARC and are subject to change upon publication.

14 thoughts on “The Brightest Stars by Anna Todd”