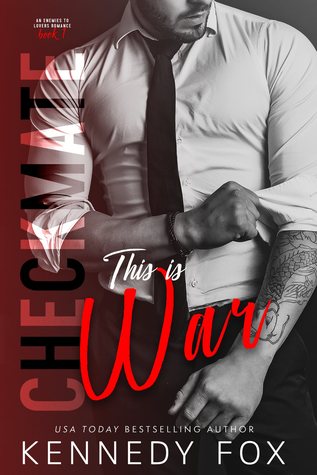 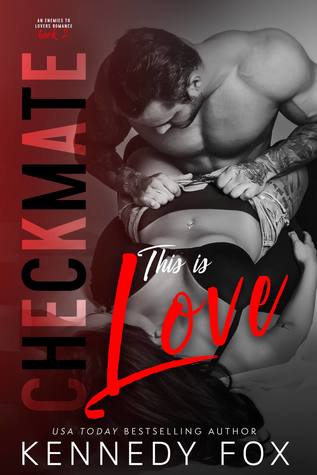 Travis King is the worst kind of a$$hole with good looks and enough confidence to last two lifetimes.
Viola Fisher is a goodie two shoes know-it-all who prefers fictional love stories over her own.
The only thing they have in common is their mutual hatred for each other.She’s had a secret crush on him since she was ten, but Travis has always made it very clear the feelings aren’t mutual. He’s cruel, crass and takes every opportunity to get under Viola’s skin. She’s smart, beautiful, and too good to be true. Hating him is her religion, but needing her is his.Although Viola loathes his very existence, against her better judgment she let him into her bed. Her sexy curves and filthy smart mouth make Travis want her even more and although she’s succumbed to his manwh*re ways, she’s determined to not let that change a thing.Too bad he has other plans.Viola’s always been off-limits, but Travis is determined to keep crossing that line. She can try to push him away, but he always gets what he wants and he’ll do anything to prove he’s done playing games.Until then, they’ll play by their own rules to see who will win the biggest battle yet—love or hate?

This review will be for both books in the duet.

As much as I want this to be a review, this is going to come out as a rant. So this was my first Kennedy Fox book, and I am lowkey disappointed. Did I start with the wrong book? The wrong series? If you can’t tell my two star rating, I didn’t really enjoy reading this at all! These were two grown ass adults who acted like children. STRAIGHT UP CHILDREN!

Viola has been mad at Travis for years for the dumbest fucking reason. Seriously! This girl held a grudge the size of Texas over the dumbest thing. There was a misunderstanding when they were around 13 years old. Sweetie, you should have accepted the apology you never got and move on! Besides her holding this grudge, she held herself to this high standard. She slut shammed every single girl that looked at Travis, flirted with Travis, or who just in the proximity of Travis.

Even with all of that, Viola can’t take the cake for the most irritating character. Nope let’s talk about Travis King. Was I supposed to swoon over him? What’s attractive about a dude that screws a different girl every day?! He was such a damn douchebag. This guy right here would screw every woman that had a pulse and thought that he was god for it. Not only did he think he was a god, but he would go out of way to make sure Viola knew about it. I don’t know if this is a spoiler or not, but there were so many scenes with him being intimate with other women. I don’t want that in my romance!

I must have been really wanting to torture myself because I picked up book two in this duet. Was the author expecting me to actually think that these two idiots could love each other? The second book was full of so much fluff. All we get is sex, sex, oh and more sex! Nothing really happens. Both of these characters seem to do a 360 from book one and I was more pissed than when I started. My despise for Viola turned into hatred as the story progress and Travis actually turned into a decent person…but he still needs a bleach bath.

The next duet in this series is about Viola’s best friend and brother, Courtney and Drew. While I loved Courtney, its Drew that I know I’m going to have a hard time with. (maybe it runs in the family) He has a crazy ex-girlfriend who he seems to be whipped over the moon about and can’t seem to let go. Why am I thinking of even continuing this series? Do I love to torture myself? maybe. But I want to try and give the author another chance.

Was this all over the place? Hell yes. Would I recommend this one? Fuck no.