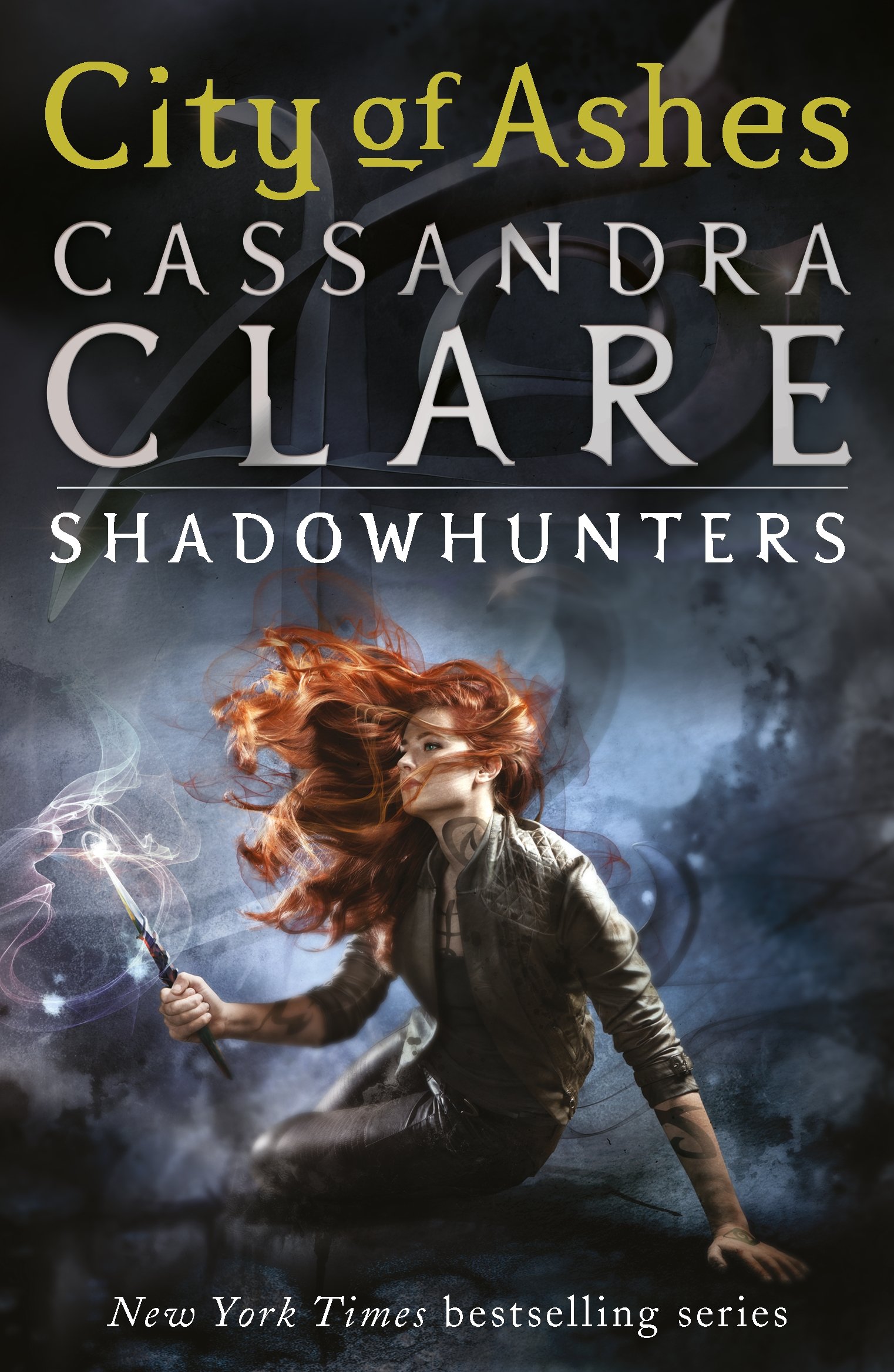 City of Ashes
Series: The Mortal Instruments
by Cassandra Clare
My Rating: ⭐⭐⭐⭐
Check it Out: Goodreads | Amazon | B&N

Clary Fray just wishes that her life would go back to normal. But what’s normal when you’re a demon-slaying Shadowhunter, your mother is in a magically induced coma, and you can suddenly see Downworlders like werewolves, vampires, and faeries? If Clary left the world of the Shadowhunters behind, it would mean more time with her best friend, Simon, who’s becoming more than a friend. But the Shadowhunting world isn’t ready to let her go—especially her handsome, infuriating, newfound brother, Jace. And Clary’s only chance to help her mother is to track down rogue Shadowhunter Valentine, who is probably insane, certainly evil—and also her father.

To complicate matters, someone in New York City is murdering Downworlder children. Is Valentine behind the killings—and if he is, what is he trying to do? When the second of the Mortal Instruments, the Soul-Sword, is stolen, the terrifying Inquisitor arrives to investigate and zooms right in on Jace. How can Clary stop Valentine if Jace is willing to betray everything he believes in to help their father?

In this breathtaking sequel to City of Bones, Cassandra Clare lures her readers back into the dark grip of New York City’s Downworld, where love is never safe and power becomes the deadliest temptation.

I tried to keep this as spoiler free as I could. There is only one part of this review that is spoilery, so you might want to skip it if you haven’t read it.

So book two held the same four star rating as before and I’m actually surprised! With how the relationship changed between Clary/Jace and the introduction to new characters I wasn’t hoping for the best. Well, you can consider me officially back on the Shadowhunter train because I’m falling back in love with this series!

We got to see so much character growth here and I was all for it. Some people changed for the better while we also got to see how crazy some people actually were. *cough* Valentine * cough*

I feel like this book is very character heavy so I’ll do some breakdowns on the characters who I felt a certain way about while reading.

Maia// whiney and was a disappointment for me. That didn’t change not one bit from book one. I hate that a loved one betrayed her more than once and that one of them was the cause of her transformation. I honestly can’t give the girl more than that.
Alec// Oh, Alec. I can’t remember what book I started to like Alec in, but this one wasn’t it. I truly wanted him to leave Magnus alone until he was able to realize who he was and who he wanted to be. There were so many situations where Magnus was crushed and I wanted slap Alec for doing it. The only good thing I can say about him is that he’s a good parabatai to Jace.
Luke// Deserves the world. Enough said.

I still adore Izzy and Magnus while I still feel so-so about Simon. Jace really seemed to show that he cared about other people than himself here.

Moving on to the infamous brother/sister relationship. Maybe I read too much adult romance. Or maybe too much taboo romance because I was living in the angst between these two. Honestly, does that make me insane? I could throw it up to me knowing that they weren’t actually related but at the same time I gave this book four stars almost 3 years ago. I don’t really know what that says about me. You can’t deny the tension between these two no matter how hard you try.

“You disappear so completely into your head sometimes,” he said. I wish I could follow you.”
You do, she wanted to say. You live in my head all the time.

Y’all this longing between them was killing me! Also, if you want to read what happened in the Seelie Court from Jace’s POV then click on this link to read on Cassandra Clare’s website.

Let’s move on to Valentine. This man is completely unhinged. We got to see more layers to him and I still don’t know what to think of this man.

“You’ve never cared about anyone. Not even my mother. Not even Jace. They were just things that belonged to you.”
“But isn’t that what love is, Clarissa? Ownership? ‘I am my beloved’s and my beloved is mine,’ as the Song of Songs goes.”

Maybe he wasn’t shown true affection as a child, I don’t know, I’m reaching. But from some of the things he said, it’s clear that he missed out on the basic feelings from childhood. I’m not excusing anything that he’s done. He’s still a racist and a bigot, but something had to be missing or not taught to him for him to be this crazy.

I would call this a success for the reread and I can’t wait to jump into to City of Glass!