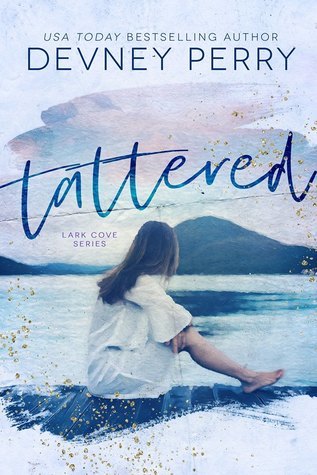 Thea Landry has always known her place in modern-day society. It’s somewhere just above the trash can her mother dumped her in as a newborn but below the class where much comes easy. With her tattered shoes and bargain-bin clothes, her life has never been full of glamour.

So when a rich and charismatic man takes interest, she doesn’t fool herself into thinking their encounter is anything more than a one-night stand. Months later, she’s kicking herself for not getting his phone number. Or his last name. She’s given up hope of seeing him ever again.

Until one day, years later, Logan Kendrick waltzes into her life once more and turns everything she’s built upside down. This time around, she won’t make the same mistake. She’s going to fight to keep him in her life—not for herself.

But for their daughter.

Fine. That’s what I would say to sum this up. While the story was okay, I didn’t love it. It dragged in spots and the characters kept needed to have the same talk throughout the book. Also, this has some random suspense thrown in.

Thea was pretty likable. I liked her sass and her actually being able to hold her ground. She spoke up about what she didn’t like and she didn’t see Logan coming back as an automatic HEA for her and Charlie. She stayed realistic, and I love that.

After Logan found out about having a daughter, he actually thinks he can form a bond in a week before he flys back to New York. Ummm…. Okay. Sure. I did start to like him a bit reading about him and how he adored Charlie. I just wish he could have just had an honest outlook on what being a father would be earlier on in the book.

They still had the chemistry from that one night they had years ago. I just think that they jumped in the sack WAY to early. They had too much to discuss before throwing sex in the mix.

Besides the story dragging, the main reason it didn’t work for me was that there was way too much back and forth on whether on Thea would move to New York. Honestly, it was kind of over. Logan was determined to get them there almost until the very end. Which rubbed me the wrong way because Thea REPEATEDLY told him that she didn’t want to pick up and change their daughter’s whole life.

I don’t if I’m going to continue with this series or not. I didn’t give me the feels like the Jamison Valley series and the next book seems like the heroine is going to be a doormat, sorry not sorry. I don’t think that will be my cup of tea.