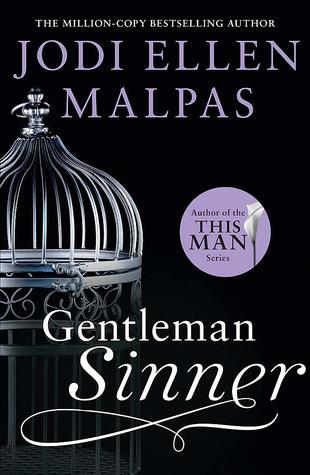 Izzy White knows of the darkness in this world. After all, she escaped it long ago. Determined not to let her past beat her, Izzy has a secure, stable life with a job she loves in nursing. But one act of kindness will completely upend everything she’s so carefully built-putting her right back in the crosshairs of danger she’s been so desperate to avoid.

When Theo Kane shows up like a knight in shining armor, Izzy can’t help thinking she’s been saved from one threat and exposed to another. His imposing physique, the harsh lines of his face, and the wariness of everyone who comes close are just a few clues to Theo Kane’s notorious reputation. The man is positively terrifying. But with Izzy, he’s tender and a complete gentleman, and her fascination with the mysterious beast of a man becomes too powerful for her to walk away.

As Theo’s demons come to light, running becomes even more impossible. And yet staying together could doom them both.

Umm… okay. That was….. What in the hell have I just read?

I really don’t think that I read the same book as everyone else. I know a lot of people say that, but I’m so certain that I couldn’t have read the same book. There are glowing reviews for this title so mine should probably be taken with a grain of salt. This is going to be all over the place.

Ya’ll, this started off so strong! I read a preview of this on NetGalley and was so sucked in that I pre-ordered a copy. I was so ready to read more about Theo and Izzy. Sadly there was just so much wrong here that I kept thinking ”what the hell?” while I was reading.

I know that we are supposed to feel for Izzy, but she was such a doormat. 10 years ago she went through some terrible things and she’s wary of men. That’s understandable. What isn’t understandable is that she was with someone who was the epitome of what she’s scared of. This girl even said that she was triggered by his job and what he does but continues to date him. She justifies it by saying that he’s just Theo to her.

These are two broken people. Like I said before, Izzy went through some terrible things and Theo has an issue with being touched. I know what you’re thinking, another billionaire who hates being touched! I thought the same exact thing. Didn’t we already do this in Fifty Shades? Anyway, along with his being touched issue, he needs to be in control of everything physically. So that does pertain to the bedroom which leads to my next issue.

The sex scenes where my least liked part of this book! Hell, one of the characters doesn’t want to be touched. I could feel the chemistry when they were interacting but as soon as they were having sex, it seems like it disappeared. I love me some sex scenes. So for them to be terrible makes me super sad.

I know this review is really over the place. It makes sense though since my thoughts were all over the place while I was reading this. I’m hoping that I can read another book by this author and enjoy it because this one just didn’t do it for me.