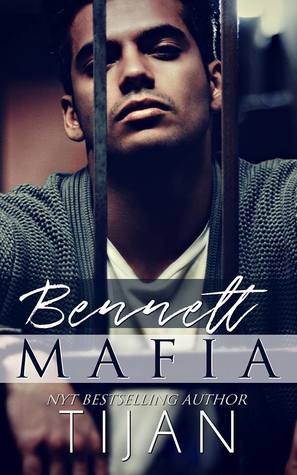 There were always whispers about my roommate at Hillcrest Academy.

The wealthiest of the wealthy sent their kids to our boarding school, and Brooke Bennett had been at the top, though I never quite knew why. She was fun and outgoing, but she kept quiet about her family. The only things she showed me were photographs of her brothers.

I became fascinated with her second-oldest brother. Kai Bennett.

He was the most of them all. Smoldering. Hypnotic. Alluring.
Kai had eyes that pulled me in and a face that haunted my dreams.

Then I met him.

He came to our school with their father, and that’s when I learned what kind of family Brooke came from. They were mafia, and Brooke’s oldest brother was dead. Her father said accident, but Brooke said murder.

Three months later, her father died, and Kai became the head of the Bennett Family. Brooke left Hillcrest for good, and that was the last time I saw her.

Fourteen years later, I’m staring at her face on the television. Brooke is missing.

Wow! Let me first start off by saying that. Tijan didn’t come to play with this one. I devoured this in one sitting because so much was happening that I didn’t want to put my kindle down.

What I liked most about this book was that Tijan wasn’t afraid to go there. There was bloodshed and secrets and I was loving every moment of it. Kai was someone that I wouldn’t want to piss off or meet in a dark alley. Okay I take that back, I might want to meet him in a dark alley wink, wink. He was ruthless and took no shit, the perfect kind of mob boss. Riley was his equal in so many ways. She wasn’t afraid to get her hands dirty or go toe to toe with Kai.

These two had chemistry down! I kept screaming ”just have sex already!!” so many times. Unfortunately, once they started, it seemed like that’s all they did. I wanted a bit more romance from them and all I really got were a bunch of sex scenes. I wanted to actually feel when they actually fell in love, you know.

The best part of this book were the secrets and the betrayals. Every time I thought I had something figured out, I would get blown away by another revelation. I was so drawn into this world and it was a treat to read.

I highly recommend this if you are a fan of Tijan or mafia books in general!