Hi friends! I’m back with another post of mini reviews! This one will be a bit different because I’m going to be reviewing manga. I have been reading manga for a while but never decided to review them until recently. So these might be rough until I get better 😂😂

This post will include 3 (extremely) short reviews for some new series! 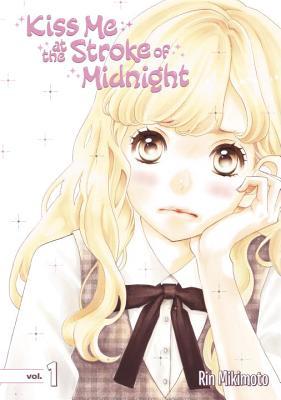 Kiss me at the Stroke of Midnight V.1
by: Rin Mikimoto
# of volumes: 9, currently ongoing

Hinana prizes her reputation as a serious high school student, too focused on getting into college to pay attention to boys. But she’s a secret fairytale romance freak, sneaking away from her studies to see A Roman Holiday and tucking pop idol magazines into her textbooks. When her celebrity crush comes to her school to film a TV episode, she has to pretend to be totally uninterested even as she desperately tries to get close to him. However, she’s not the only one who’s not what she appears… her dreamboat isn’t just a pretty face either!

So this was a bit weird. I went in expecting a Cinderella type story but ended up with something that wasn’t quite there. I like the main character enough, but the love interest has some issues. He’s strange acting and seems to be a bit of a pervert. However, she doesn’t seem to question him on it. I need answers about this guy!

This first volume seemed a bit odd and all over the place. Hopefully, it gets better in the second one. 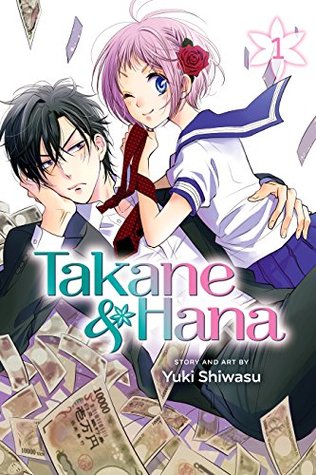 The meeting between Takane and Hana ends in an explosive manner, and Hana is convinced that she’ll never have to see that awful Takane again. But Takane actually seems interested in Hana! Exasperated by Takane’s immature attitude, yet amused and intrigued despite herself, Hana wonders if her hilarious rivalry with Takane just might lead to love!

This was a funny first volume of a manga series! I thought that these two were hilarious and it was very light themed. However, while I did enjoy this volume, I don’t think I’m going to finish this series. These two were quite immature and have an issue with telling each other how they felt. It kind of bugged me here, so I don’t think I want to read 8+ volumes about them continuing to do so. 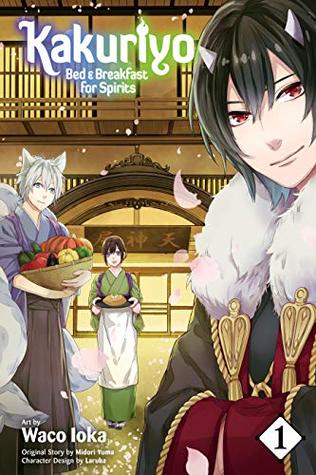 Aoi Tsubaki inherited her grandfather’s ability to see spirits—and his massive debt to them! Now she’s been kidnapped and taken to Kakuriyo, the spirit world, to make good on his bill. Her options: marry the head of the inn her grandfather trashed, or get eaten by ayakashi. But Aoi isn’t the type to let spirits push her around, and she’s determined to redeem her grandfather’s IOU on her own terms!

This was a good start to a new series! I love the idea of Ayakashi owing an inn in the demon world. I can’t wait to read more about Aoi and see how her paying off her debt plays out(If it happens lol). We have some interesting characters and I can already tell that I’m going to love this world!

So that wraps up my reviews of some of the mangas that I have read recently. Have you read any of these series?