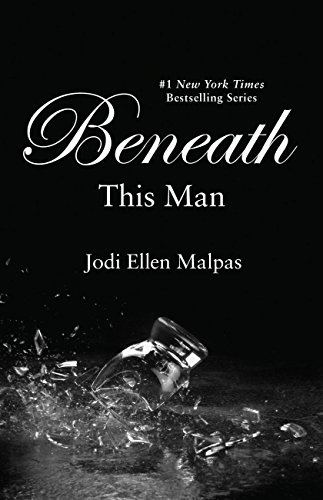 Beneath This Man
Series: This Man
by Jodi Ellen Malpas

Jesse Ward drowned her with his intensity and blindsided her with his passion, but he kept her away from his dark secrets and broken soul. Leaving him was the only way Ava O’Shea could survive. She should have known that Jesse Ward is impossible to escape–and now he’s back in her life, determined to remind her of the sensual pleasures they had shared. Ava is equally determined to get at the truth beneath this man’s steely exterior. That means letting herself get close to the Lord of the Manor once more. And it’s exactly where Jesse wants her–within touching distance…

Oh wow. I guess you can tell this one didn’t really improve… Well for me it didn’t. If you thought these two were tragic in This Man”, then you haven’t seen tragic yet.

Wholly hell are these two dysfunctional. If you can believe it, there’s even more drama and reasons for them to not be together. Seriously though, she doesn’t know anything about him. His real age or even anything about his family or basically his life outside of her. Ava was scared to explain/introduce him to her family. How many times can I say it, these two are so damn toxic!

Can I say that Ava really annoys me as a woman? This girl literally started blaming herself for his alcoholic meltdown. WHAT?! I wanted to throw my Kindle down. She was so weak and suck a freakin’ pushover when it came to Jesse.

Sex, argue, sex, and argue some more. Did I miss anything?

He manipulates her with sex. Reminder fucks and countdowns like she’s a child. It makes it worse after reading the bonus chapter in his POV because he knows what he’s doing! Also, as much as I want to say that she can do better than him, I want to slap her stupid. She knows he manipulates her but keeps going back for more. Tells him she’ll never leave him. Woman, you are mad! Absolutely mad! You need to get your Nikes on and run!

I should have stopped at book 1 in this series. Being a masochist, I might as well keep reading toward the last book in this trilogy.