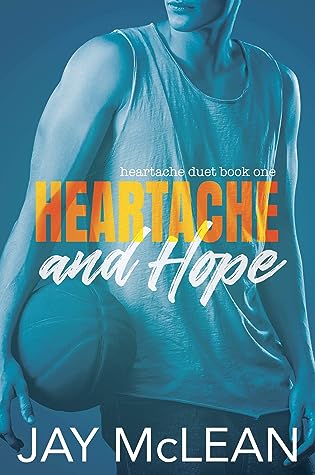 Heartache and Hope
Series: Heartache Duet
By: Jay McLean
Check it Out: Goodreads

Ava Diaz needs saving.
She just doesn’t know it yet.
Just like she doesn’t know a thing about the boy she sits next to on the first day of senior year.
He thinks she’s a brat.
She thinks he’s entitled.
Maybe first impressions don’t always last…
Because Connor Ledger’s about to save her.
He just doesn’t know why.

This was my first Jay McLean book and it was okay. It didn’t wow me, but it did keep my attention. Maybe my feelings are like this because I don’t read or like books with heavy angst and this was filled with it. I honestly thought this was going to be two people from different groups coming together and falling in love. However, this book was much deeper than that.

The characters both had their issues and I think that’s what connected them. Connor had some issues from his past while Ava was dealing with issues in the current with her home life. While they did connect, I really can’t tell you if I think they should be anything more than friends.

Ava was dealing with so much that I honestly don’t think she should have added romance to the mix. Not to say that she doesn’t deserve it, but it’s not fair to the person that she will be with. She knew it, but I feel like she kept getting Connors hopes up.

Connor made me love him at the beginning of this book. However, towards the 75% mark, I started to feel differently. While I get that he was a high school guy, some things he could have handled differently. Some things he did were immature and should have thought about first.

While this book wasn’t a complete win for me, I was interested enough to pick up the second book to see how this ended.