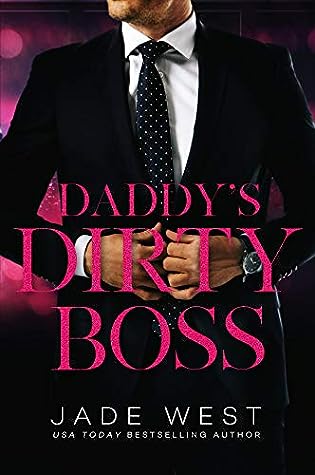 It’s only when I start to catch the way he looks at me right back that the little flutter in my tummy tickles harder. Moves lower. Turns naughtier.
Because Mr Lindon isn’t quite the man I thought he was. Not even close.
It turns out that Mr Lindon isn’t just my daddy’s boss.
He’s my daddy’s dirty boss…

And now he’s the boss of me too.

There were kinky things here and those things are what killed this book for me. Now don’t get me wrong, ya girl isn’t a prude. A look at my reading choices will prove that. There are just some things that I don’t think should be written about or feel comfortable reading. This book hit damn near every single one of my hard limits. Like seriously, I was gagging at some parts here.

Besides that, there really isn’t much to say about the characters. They fell flat and felt so cookie cutter. I didn’t buy them actually being in love and being anything other than two people having sex. Where was the actual dialogue here between them?

If going really deep into some erotica scenes don’t bother you and you love a taboo relationship then you might like this. I do know that this isn’t going to be for everyone.