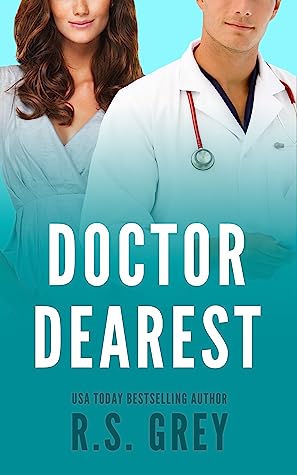 Natalie
Dr. Easton is part man, part myth.
He’s a formidable surgeon. Highly respected in his field.
He also happens to be an ex-collegiate quarterback with a classically handsome face.
Are you catching on yet?
He’s horrible.
Beautiful.
A walking Ralph Lauren ad.
He’s also so off limits he should come with a warning label: This way lies heartache.Not only is he an attending at the hospital where I’m training, he’s also my brother’s best friend. If you’ve lost count, that’s two reasons why I plan on putting this ridiculous crush behind me. Besides, it’s definitely not mutual.Dr. Easton has never once paid me special attention. No tempting smirks. Not even one subtle innuendo. To him, I’m just another resident—all but invisible.Connor
For the last five years, I’ve mentored Natalie in the OR, stayed in line, and kept my hands to myself, but it’s been agonizing.Natalie is trouble in scrubs. A walking temptation I’ve been forced to ignore.

For so long, I’ve wanted her in silence. By the time fate finally gets around to throwing me a bone, my patience has run out.

Natalie’s brother is leaving town, and he wants me to watch over her while he’s gone.

He has no idea how I feel about her.
Neither does she.
But she will.

Haven’t you heard good things come to those who wait, Natalie?
Well… I’ve done my waiting.

Like always, I’m always excited when I see a new release by R.S. Grey. I started out loving Doctor Dearest, I have to admit that. This gave me Grey’s Anatomy vibes and I was living for it. However, once I got more into it I ended up just finding it pretty average and I’m pretty sad about it.

We were given two characters who knew that they had feelings for each other and weren’t fighting those feelings. I loved that because we didn’t have to deal with majority the book with them not acknowledging those feelings. Saldy, it went from the characters being adults about the situation to them acting childish, especially Natalie. There is an age difference between her and Easton and it shows. Which leads me to my biggest gripe about this and her last novel Her Royal Highness. She writes these characters who have a few years between them and the protagonists end up being so immature!

Natalie made me shake my head so much. She longed for Easton for so long, but once she finally got him her grasps she does everything to ruin it. She acted out and wanted to play these mind games that weren’t necessary. She kept trying to make it seem as if their relationship was strictly causal when Easton was all in. Besides her immature moments, her brushing off Easton really bugged me. He showed her so many times that he wanted more than just right now but it seemed like she would run every time.

All in all, I did enjoy it more than her last release but not by much. I rated it three stars because the chemistry was on point and I did enjoy the scenes with her brother and her best friend. TBH, I would totally read a story about them.