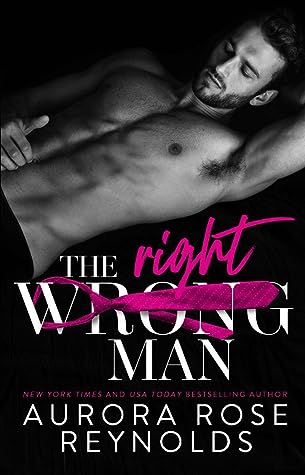 Waking up to a text asking why you stood up your blind date is not the best way to start the day, especially when the man in question is standing half dressed in your kitchen.

Maybe Dakota Newton shouldn’t have assumed the gorgeous man with a devastating smile standing outside the coffee shop was her date. She probably— Okay, she definitely shouldn’t have slept with him, regardless of how hot the chemistry between them was. But how could she know Mr. Right was actually Mr. Wrong?

Braxton Adams has been called a few things in his life, but a liar was never one of them. That all changes when he’s approached by a beautiful woman who thinks he’s there to meet her for a date.

As a businessman, Brax knows to trust his gut and never let an opportunity pass him by, so he pretends to be someone he’s not.

Maybe he shouldn’t have lied. Maybe he should have come clean. But in the end, it doesn’t matter, because now he has to prove he’s not the wrong man but the right one.

So what if he’s not the man she’s expecting? She’s the one he’s been waiting for.

This is the first ARR book that I haven’t been crazy about in a while. While I didn’t enjoy it as much as I wanted to, I can say that I was entertained the entire time.

hold back with Braxton. I think he was her most alpha yet. He was so unapologetically alpha and possessive. I loved reading about him dominating over the pages! It goes without saying that if you don’t like your heroes like that, then don’t pick this up. I love it when a man knows what he wants and he wanted Dakota and did what he thought he needed to do to get her.

My rating went down because I wasn’t really a big fan of Dakota. She was very lackluster and there’s wasn’t really anything memorable about her. I did like she called Braxton out when he crossed the line at times, but she ALWAYS had to fight him on everything. Even if it was just going to dinner. She also liked to put herself in danger and I was kind of over her. As usual, we have some suspense thrown in. It’s funny when I think about it, but mostly all of her protagonists go through some drama.

I know it seems like I didn’t enjoy this, but I did for the most part. It was mainly the main character that held me back from loving it. I don’t know if we are going to get more books from some of the characters here, but I would love it if we did. Especially her brother Jamie!

I received an ARC via Give Me Books for an honest review.

7 thoughts on “The Wrong/Right Man by Aurora Rose Reynolds”