It’s official.
I, Ainsley James, am crazy.
Desperate and crazy.
It’s the only explanation as to why I’m nauseous, standing outside Maverick Lexington’s door.
I mean, it’s possible the stories about his deck of playing cards—with the words IOU scrawled across the back—are just rumors of the ruthless quid pro quo deals he barters.
But the flutters in my stomach know better.
Maverick is as cold as they come.
But, I need one of those cards.
I NEED to owe Maverick Lexington a favor…
Whatever the terms, I’m willing to pay.
Because, at this point, I have nothing left to lose.

I liked this one! I basically went in blind because the synopsis gives you nothing. I have to say, this started off very slow to me. Once I finally figured out what her favor was, I became invested. Ainsley and Maverick were so different but worked well together.

I just love a grumpy hero and Maverick was so grumpy. He wanted to keep Ainsley away and not get involved but his subconscious didn’t listen. He was basically a big softy under that hard interior. Ainsley was just a hot mess but in an enjoyable way. She was the perfect mix of vulnerable but sassy that you couldn’t help but like her character.

If it wasn’t for the pacing, I would have rated this book so much higher. I still enjoyed it though and would recommend. 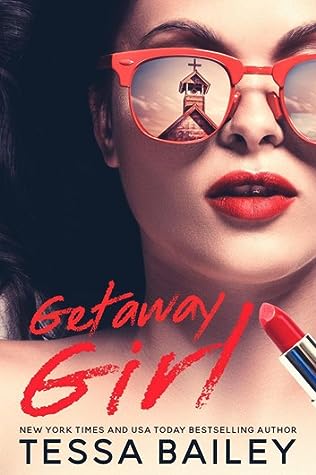 After a six-year absence, Addison Potts is back in Charleston to stir things up. And what better place to make her villainous return than her estranged cousin’s wedding? Only, the nuptials hit a snag when the bride doesn’t show, leaving Addison to play getaway driver for the jilted groom. A groom whose heartbreaking smile and deep, southern drawl she should not be noticing…

Elijah Montgomery Du Pont is the future mayor of Charleston. From his military career to city hall, every detail of his life has been meticulously planned. Until now. His only respite from life’s sudden upheaval is Addison, his new, improbable best friend. She makes him happy. Grounds him. And public disapproval be damned, he’s not willing to give her up. But with an election on the line and public pressure rising, Addison—and the cruel hand of fate—might not give him a choice.

Why did I wait so long to read this? I adored this book and couldn’t get enough of Addison and Elijah. It takes place in the south and I was living for all southern sayings from Elijah. These two had amazing chemistry and their romance made me smile so damn much! My cheeks are still hurting while I’m typing this review. The way the interacted and cared for each other was so sweet to read about.

As we know, Tessa Bailey writes some of the steamiest dirty talk. I’m happy to say that she didn’t disappoint me here. Oh goodness, the dirty talk was so hot!

The next book is about Naomi and I’m curious to see how her story will go! 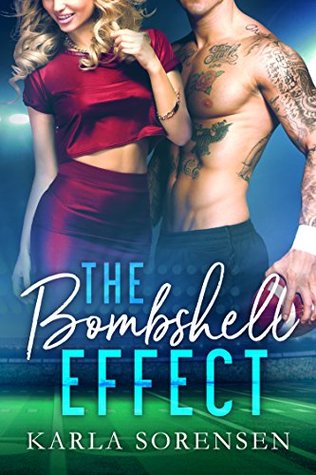 Not one she wants, and definitely not one she’s prepared for. She hadn’t seen her dad in years, so the last thing she expects upon his sudden death is to inherit the thing he loved more than anything (or anyone) … the professional football team he owned for the last twenty years.

Luke Pierson does not want a new boss.

What he wants is to be a good father to his daughter, the best quarterback possible for his teammates. What he doesn’t need is a blonde bombshell ruining the team’s chances at another championship. Especially when that bombshell turns out to be his new neighbor. The neighbor he was a complete jerk to the first time they met.

For the sake of the team, they treat each other like complete professionals. In public, at least. Behind closed doors, it’s a different story. And the fallout of giving in to that heat is something neither one of them can see coming.

I’ve had this on my kindle for what seems like forever. I thought it was an okay sports romance but nothing to call home about. The hero was a jerk for the first half of this book and I kept wondering if he would ever show a different side to him. To be honest, He really didn’t. Besides his attitude, I have to say that I didn’t really feel the chemistry between Allie and Luke. That mixed with the fade to black sex scenes made this kind of a drag.

I do own book two on my kindle so I might pick that up just to see if Ava’s story can give me more steam and a couple to root for. And maybe a guy that’s not such a prick. ✌🏼