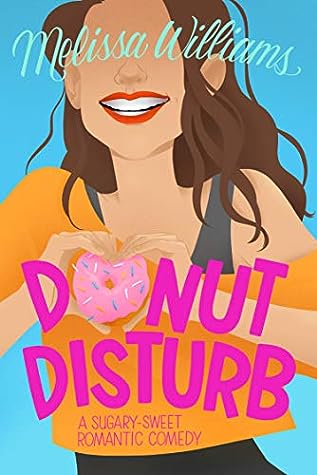 A hot cop and a donut baker, what could go wrong?

It was a donut emergency. A dough or die moment.

At least, that’s what I’m telling myself. It would explain why, from the moment Baxter DeCavhalo comes crashing into my kitchen, I’ve been acting out of character.

Why I’m sharing secret donut recipes, licking frosting off fingers that aren’t mine, and falling for the off-limits neighbor. I know better, I need to be focusing on my bakery and my next donut creation…but there’s just something about Bax that keeps me coming back for more.

It’s not the heat of the kitchen that’s getting to me, it’s Bax. And this slow burn is about to combust.

This was such a sweet read! I don’t mean that just because we’re talking about donuts here.

“From the moment she’d knocked some sense into him with a frying pan he was done for.”

Cassidy was easily likable and was downright adorable at times. She just wanted to make donuts and live her life. Next thing she knows, she has a hot cop living next door who’s super into her. The romance between Cassidy and Bax was cute and swoon worthy. It was low angst and you couldn’t help but root for them.

This was a sweet quick read and we were also given some suspense. The next book is about her brother and I hope I enjoy it as much as I liked this one!

Only you by Melanie Harlow 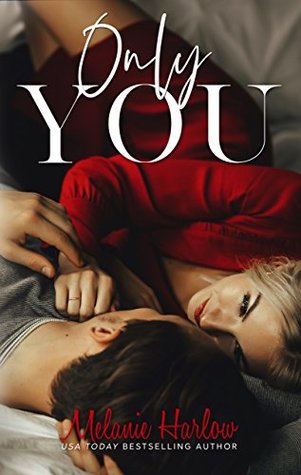 Nate Pearson is ridiculously handsome and wears the hell out of a suit and tie, but I’ve seen the parade of beautiful women leaving his apartment across the hall—a different one every time—and I want no part of it. When it comes to romance, I’m looking for something real, something that will last: the happily ever after.

As a divorce attorney, he loves to tell me there’s no such thing.

As a wedding planner, I choose to disagree.

We disagree on almost everything, in fact. Everything except James Bond. The only time we really get along is when we’re watching 007 flicks together, and I’ll admit—he has rescued me from a disaster or five. So when one of the baton twirlers from his parade leaves a baby girl at his door with a note that says “I’ll come back for her” and he begs me for help, I can’t turn him down.

But it’s a mistake.

Because watching him with his daughter, I start to see another side of Nate, a side that has my breath coming faster, my body craving his, my heart longing for him to change his mind about love and tell me there’s a chance for us.

I don’t want to be just another girl leaving his apartment in the morning.

I want to be the one he asks to stay.

“I didn’t need to be the center of his universe, but I’d at least like to feel like a part of the sky.”

This quote basically sums up the majority of this book. From early on, I knew that I was going to have problems with Nate. He was a fuckboy and acted rash. Emme deserved better. The way he pushed her away and was constantly back and forth made me so irritated.

As you can see, I had some problems with this one and I’m still on the fence about picking up book two. 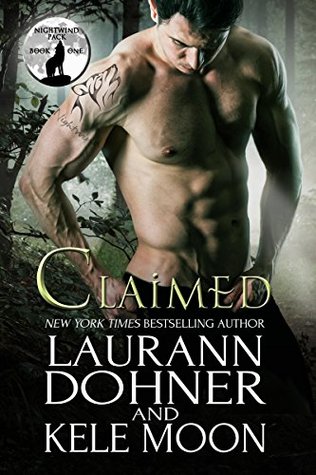 Kidnapped then released deep in the woods, Brandi is on a harrowing run for her life, hunted by beasts straight out of a horror movie. But there’s an even bigger, more vicious creature in the woods—the deadly werewolf who saves her life. Jason is much more than a man, dangerous and intimidating, and Brandi still finds herself wanting every unbelievably sexy inch of him.

When he investigates the desperate screams near his secluded cabin, Jason’s shocked to find his own kind hunting a human—but he ends up even more stunned when he accidentally triggers a mating heat in the beautifully lush woman he saved. Overwhelmed with lust, Jason takes her, bites her, binds her to him forever…

Now he just has to break the news to Brandi.

I haven’t read a paranormal romance in quite a while, but this synopsis sounded like something I would like. This story started off with a bang and I enjoyed reading it.

Brandi and Jason were just a good couple together! The chemistry was there right off the bat and the scenes between them were really good. What lowered my rating was when everything hit the fan. I was okay with how everything ended, I just wish it didn’t take so long to solve the drama with the other pack.

Overall, I liked it! I’ve never read books by Laurann Dohner or Kele Moon before, but I will be looking into more from them!