Hi friends! I’m back with another post of mini reviews! I recently read two Tijan books and thought to combine them in one post. We have Kian and The Not-Outcast. 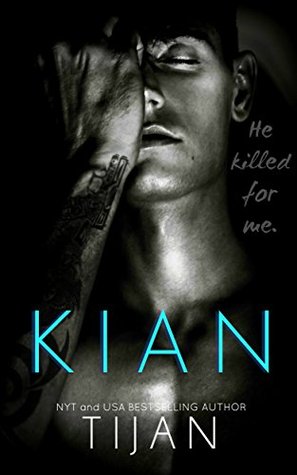 As the heir to a billion dollar empire, his future was promising until the day he saved my life. Everything changed for both of us, and there was one more word that could be used to describe him—dangerous.

The nation fell in love with him while falling in hate with me. He was sent to prison, and as far as they were concerned, it was my fault. I was forced to go into hiding until today.

Kian’s being released from prison, and he should go back to being the golden boy he always was supposed to be. I should remain in hiding, living my life as normal as could be.

That’s what we should do…

I’m back to reading more of Tijan’s backlist. Kian was an okay read. What made me drop my rating was how off track the story would become. I wanted it to be more concentrated on the past between and present between Kian and Jordan. However, we kept getting scenes with Jake and all of the drama with her roommate and her newspaper job. I could have lived without all of that. The chemistry between Kian and Jordan was smoldering. However, it kept taking a backseat to everything else.

While it wasn’t the most terrible book I‘ve read, it wasn’t memorable for me nor a favorite from Tijan. 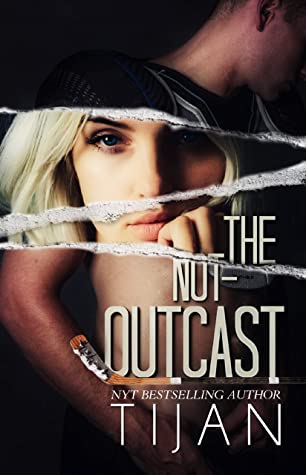 Cutler Ryder was everything I wasn’t.

He was the hockey star. I was an outcast.
He was best friends with my stepbrother, that same stepbrother who hated me.
His two parents loved him. My mom was a junkie. My dad barely knew me.

Years passed.
I got my life together.
Cut went onto NHL stardom.

Then there was a text.
I was drinking.
There was a party.
Cut was there…

I loved Cutler Ryder since the first moment I saw him.
The only problem? He never knew I existed.

I know so many people enjoy this book and I went in expecting to enjoy it as well. However, I don’t really know what I was expecting to get out of this book. I thought this would give me something along the lines of Rick Prick, but I was sadly disappointed that it was nothing like that. I don’t want to be tough on this book because it does highlight some important things, but there was no plot.

I really enjoyed Chyenne’s character when we were first introduced to her. I thought she was funny and going to be a great character to read about. However as the book went on, I really didn’t seem to care about her anymore. Yes, she had a hard life and because of that, she had mental health problems that she had to work on every day. But that wasn’t enough to make me like her.

The friendship between the girls and the drama with Chyenne’s family took over the book and made it difficult to make the relationship between Cheyenne and Cut stand out. I didn’t feel this big connection between them and that sucks. I wanted to feel the chemistry between them.

I’m super disappointed that this didn’t work for me.

8 thoughts on “Tijan Reviews: Kian and The Not-Outcast”