Escape with Me by Kristen Proby 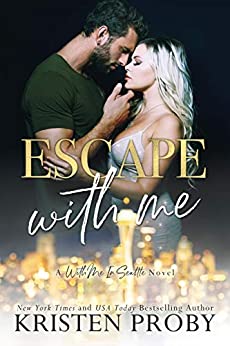 Keegan O’Callaghan has been told he’s married to his pub. It’s true. He’s happiest when he’s pulling taps and filling drink orders, so long as he can keep an eye on his family and ensure that all is well. Bringing a woman into his life for anything but a pleasant, short-term romp isn’t even on his radar.

Until she comes running through his door, soaking wet and in a princess gown.

Isabella Harris ran out on her wedding, and she’s not even a little bit sorry. She may have loved her groom a long time ago, but standing there about to take her vows, she realizes it’s not right. And that’s all she needs to know. Four hours later, she finds herself on a tiny island outside of Seattle, walking into a random Irish Pub and locking eyes with the sexiest bartender she’s ever seen. But now what? She’s alone and broke, with only a wedding dress to her name.

Despite the undeniable attraction between them, Keegan can see that Izzy’s scared and alone. The job offer he extends is only until she gets back on her feet—he has no intention of keeping her.

But sometimes Fate has other plans…

I enjoyed Escape With Me quite a bit. I was a bit hesitant about starting this one after giving book 1 in the series one star last week. I was pleasantly surprised by how much I flew through this one. All of the characters were pretty great and I loved our main characters Keenan and Izzy together. They had chemistry and fit so well into each other’s lives. The whole O’Callaghan family was a hoot and I need to go back and read their books as well. 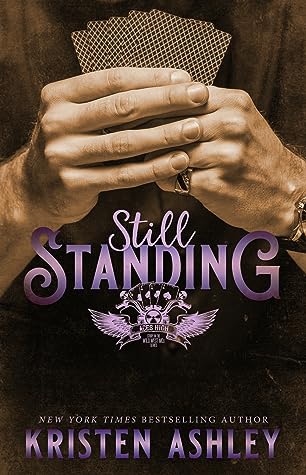 When Clara Delany walks into the Aces High Motorcycle Club’s hangout, she’s hit rock bottom. She’s hiding her car from the repo man, she has less than two dollars in her bank account and the only employment she can get is delivering messages for a criminal.

All because of a man. Therefore, she’s sworn off them.

And then she meets West “Buck” Hardy, president of the Aces High MC.

Buck also meets her, and the minute he does, he makes it clear (to everyone but Clara) that they’re starting something. Since Clara doesn’t get that message, she decides to leave Buck and sort out her life in order to come back to him clean.

She’s not gone but hours before life hits Clara with another blow. Which means Buck and his boys have to ride in and save the day. After that, Buck makes no bones about where they stand.

Welcome to the first novel in the Wild West MC series which will tell the stories of the brothers of the Aces High MC, the Resurrection MC, and the Chaos MC…and the women who love them.

Oh man, I had so many issues with this one. An unlikeable hero, a doormat heroine, and a drawn out plot. The only thing I liked about this book was the relationship between Clara and the hero’s daughter. Everything else, nope. West was an asshole. Some of the shit he said and did to Clara should’ve had her gone and never looking back. He literally threw her against a wall because she got in his way when he was mad. Such a great guy who can’t control his anger. He was so unapologetic in his ways and I can’t say anything about him was romantic, let alone worth loving. I’m obviously a minority on this one and I’m surprised by the glowing reviews.

The House Mate by Kendall Ryan 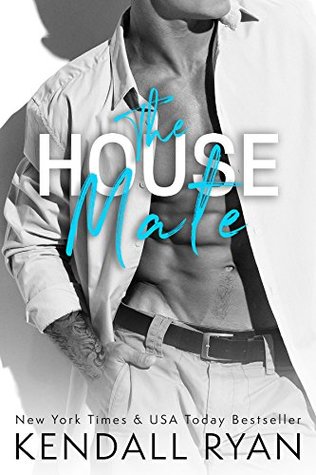 What’s sexier than a bad boy? A bad ass man who’s got his shit together.

Max Alexander is nearing thirty-five. He’s built a successful company, and he’s conquered the professional world, but he’s never been lucky in love. Focusing so much time on his business and raising his daughter, adulting has come at the expense of his personal life.

His social skills are shit, his patience is shot, and at times, his temper runs hot.

The last thing he has time for is the recently single, too gorgeous for her own good young woman he hires to take care of his little girl. She’s a distraction he doesn’t need, and besides, there’s no way she’d be interested. But you know what they say about assumptions?

I was going to give this three stars, but the more I think about it I have to change it to two. I love single dad/nanny stories so I was hoping to enjoy it. This was just an okay story, but not very memorable. There were things that were unresolved and I was disappointed that we didn’t get conclusions to them. While it wasn’t terrible, not the best I’ve read from this author.