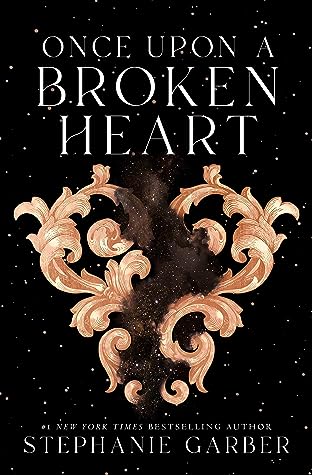 From the #1 New York Times bestselling author of Caraval, the first book in a new series about love, curses, and the lengths that people will go to for happily ever after.

Evangeline Fox was raised in her beloved father’s curiosity shop, where she grew up on legends about immortals, like the tragic Prince of Hearts. She knows his powers are mythic, his kiss is worth dying for, and that bargains with him rarely end well.

But when Evangeline learns that the love of her life is about to marry another, she becomes desperate enough to offer the Prince of Hearts whatever he wants in exchange for his help to stop the wedding. The prince only asks for three kisses. But after Evangeline’s first promised kiss, she learns that the Prince of Hearts wants far more from her than she’s pledged. And he has plans for Evangeline that will either end in the greatest happily ever after, or the most exquisite tragedy…

I was so excited for this one! A book set in the same world as Caraval and with the Prince of Hearts? I was sold! However, this let me down.

Maybe it was because I was craving the magic of Caraval, but this didn’t hook me. It comes down to the fact that Evangeline as the main character was exhausting. She was completely naive and kept making the absolute worst decisions. No matter that some things were obvious tricks or terrible ideas, she chose them every time.

I don’t really know if there was a plot. It could have been just getting us to understand where things might be headed. There wasn’t really a character that stood out. Including Jacks. I expected so much for his character, but he was just calm and nonchalant the entire time.

Sidenote, this has a tag for romance and I’m still looking for it. Overall, this was very underwhelming for me.

6 thoughts on “Once Upon A Broken Heart by Stephanie Garber”