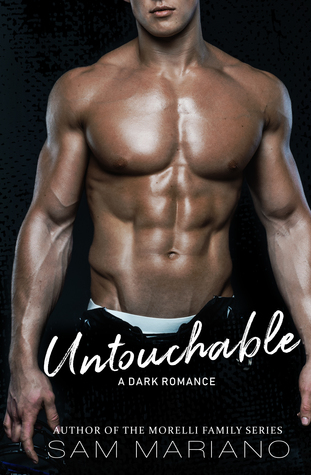 The bully isn’t supposed to win.
Senior year was off to a rough start: lube in my locker, panties on my front porch, unimaginative name-calling. See, I got a player suspended from the football team for harassing me, and in my small Texas town, you don’t mess with the football players—even if they mess with you first.

I didn’t care if it was an unpopular thing to do; I stood up for myself… and in doing so, opened Pandora’s Box.

I never dreamed I would attract the attention of locally worshipped star quarterback, Carter Mahoney. Never imagined his coveted attention would turn out to be such a nightmare. Beneath his carefully constructed façade lurks a monster, a predator looking for the perfect prey to play with. Now, since I’m the girl no one likes or believes, I guess I’m the perfect target for his dark games and twisted desires.

After surviving my first encounter with his casual depravity, all I really want is for Carter to leave me alone.

But all he seems to want is me.

Warning: This book is provocative. It is categorized as DARK ROMANCE for a reason. It will not be for everyone. If you are a reader with certain triggers or sensitivities common to the dark romance genre, please heed the author’s note at the beginning of this book.

I just knew that I was going to hate this just as much as other people have. Nobody is more surprised than me about actually enjoying this! I knew my moral compass was off-kilter, but I didn’t know it got legs and just walked away. I speed through this and would wonder what was about to happen when I wasn’t reading it.

To get it out the way, this book is problematic as fuck. We all know it, and If you’ve read reviews then you know that this starts off with sexual assault. Along with that, there is dub-con, manipulation, and so much more.

Carter Mahoney. This guy needs major help and I ended up loving him. He was so unapologetically him throughout this whole book. No need to make excuses for him because he doesn’t care if you understand or like him or not. The fact that he genuinely liked Zoey and pursued her after what he did, was astonishing. Like sir, you crazy! But maybe I am too because I was rooting for him the whole time.

Zoey was spunky and I can see how she would interest Carter. She fought him at every turn but also tried to understand why he was the way he was. Instead of writing him off as she should, she formed this weird relationship with him and got to know him.

What made this 4 stars for me was how it started to drag after halfway through the book. I was still interested, but I started to get a bit frustrated by Zoey’s obsession with the future and making sure to push Carter either away or see things like she did. She would always bring up Ericka or the future and it got annoying. You love him, told him so, but still rather act like this. Girl stop!

All in all, I enjoyed this one. I’m still surprised but oh well. I will have to pick up something else from this author.

11 thoughts on “Untouchable by Sam Mariano”