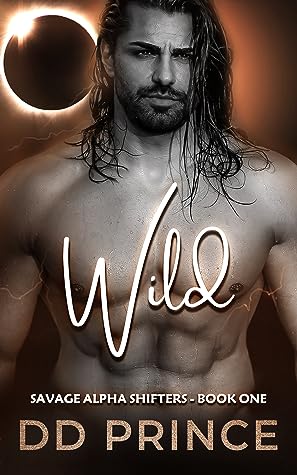 Tyson Savage is even wilder as a man than he is as a wolf!

This paranormal shifter romance has biting, knotting, and a protective and possessive wolf shifter who catches the scent of his fated mate and decides nothing is going to stop him from making her his.

Ivy’s weekend misadventure in the sticks goes from bad to worse when she hits an animal with her car and winds up in a ditch. One minute, she’s faced with a giant black wolf and the next, he’s transformed into a naked man before her eyes. And he insists – she’s coming home with him.

Tyson hasn’t been in man form for years, for very specific reasons. Instead, he’s chosen to stay a wolf, deep in the forest. He didn’t grow up with his pack and he doesn’t have a solid understanding of human or shifter nature. All he knows is Ivy is meant to be his.

There are so many glowing reviews for this book and I don’t really see why. The characters are irksome and the length of this book wasn’t really needed.

It started off so good! However, about 20 percent in, things went downhill and I noticed that they started to get repetitive. Seriously, this is over 400 pages and it’s the same thing over and over. Let me give you a little example.

How I sat through all this back and forth is beyond me. Characterwise, I didn’t really understand how we were supposed to like Tyson. Is it too much to say that he assaulted her? Their first time together (after he snatched her from the woods and brought her home the same night) is her begging him not to have sex with her but he does it anyway. Just because her body was reacting to it, does not override her saying no. He does this so much through the book. He also does something worse than this later and we are just expected to look over it because of how he grew up. I couldn’t.

Ivy was so wishy washy and I really wanted her to make up her mind. One minute she was done with him and the next she was putty in his hands. Once or twice fine, however the ENTIRE time it was tiring and annoying.

I know that this is the start of a series, but I can definitely tell you that I won’t be continuing it.