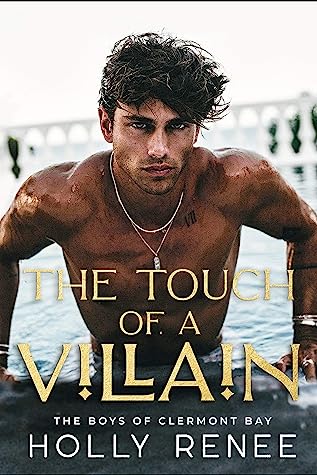 The Touch of a Villan
Author: Holly Renee
Author: The Boys of Clermont Bay
Check it Out: Goodreads

Young. Wealthy. Elite. Ruthless. The boys of Clermont Bay ruled over this town as if it was their kingdom.

And Beck Clermont controlled them all.

He was arrogant and conceited, and from the moment I met him, he had made up his mind about me.

Dangerously handsome and wickedly cruel, he had no intention of letting me spend my senior year under the radar.

The secrets of old money ran deep, and even though I barely knew them, the sins of my family had put a target on my back.

He was a hurricane, and I was unprepared for the storm.

His touch fatal. His impact irreparable.

There was no negotiation.

He stole my heart. Without warning, without permission.

He was the enemy, but that didn’t stop me from falling for The Touch of a Villain.

I really should have looked more into this before I read this one. I didn’t know that this didn’t wrap up at the end of the book. I usually don’t like reading about the same couple for multiple books. I looked and saw that after book two it will be about another couple, I’ll go ahead and pick up The Fall of a God soon.

As for this one, it was a typical bully romance. Guy likes girl, the girl doesn’t know why he hates her but still wants him, and a big reveal. What was the best thing about this was that Beck actually had a reason to hate Josie. Now of course he didn’t go about things the right way, but most of these don’t even have a good reason for the hate.

Beck and Josie had a lot of chemistry and the scenes between them gave off a lot of sparks. The sparring between them was good and fed into the chemistry. Now what I will say, there were a lot of repetitive scenes where Beck pushes her buttons and Josie can’t stop her body from wanting him.

Overall, I’m still peeved that I didn’t know this wasn’t a standalone. I am intrigued enough to read the next one because I have some suspicions about some of the characters. If bully romances are your thing then you might like this one. 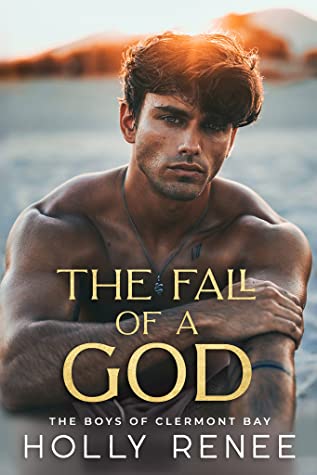 The Fall of a God
Series: The Boys of Glenmont
Author: Holly Renee
Check it Out: Goodreads

Innocent. Blameless. Pure. Heartbroken. Josie Vos belonged to the one family I hated more than anything.

And I had forced her to despise me just as much.

It didn’t matter that I had lost track of my plan and fallen for my enemy.

Irrevocably hurt and enraged by my deceit, she had no intentions of doing anything but watching me lose my throne.

The secrets of our families can never be forgotten.

I knew that from the beginning, but I refuse to allow the sins of our families to determine our future.

I should have left her alone and let her hate me.
I didn’t.

I was going to fight for her, even if she now held all the power.

Honestly, this could have just been cut down and put in book one. While there were a few surprises here, nothing really happened. Just Beck chasing Josie to get her back and Josie not making up her mind on what she wanted.

What I did like was that the ending was cute and I’m glad that we got moments to actually see them as a couple.

The next book is about Carson and Allie and I’m curious to see what’s keeping them from being together.