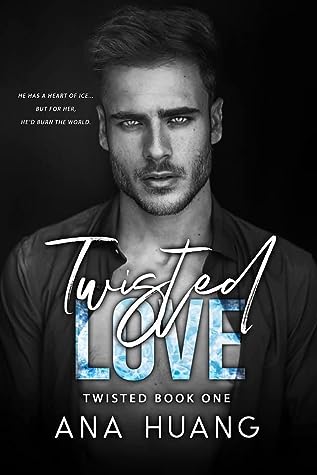 He has a heart of ice…but for her, he’d burn the world.

Alex Volkov is a devil blessed with the face of an angel and cursed with a past he can’t escape.

Driven by a tragedy that has haunted him for most of his life, his ruthless pursuits for success and vengeance leave little room for matters of the heart.

But when he’s forced to look after his best friend’s sister, he starts to feel something in his chest:

A crack.
A melt.
A fire that could end his world as he knew it.

Ava Chen is a free spirit trapped by nightmares of a childhood she can’t remember.

But despite her broken past, she’s never stopped seeing the beauty in the world…including the heart beneath the icy exterior of a man she shouldn’t want.

Her brother’s best friend.
Her neighbor.
Her savior and her downfall.

Theirs is a love that was never supposed to happen—but when it does, it unleashes secrets that could destroy them both…and everything they hold dear.

The hype got me to read this one. Obviously from my rating, this wasn’t “that” book for me. This had extreme “I would burn the world for you” vibes and I loved that. However, everything else kind of fell flat for me. I did like the friend group with Ava and her friends and also the time spent between Ava and Alex together. The sex scenes between them were pretty hot.

A few things made me give this a lower rating. I called one of the twists early on while reading. It was obvious and anybody could have seen that coming. Not to sound harsh, but a lot of this is quite forgettable. In a few days, I probably won’t even think about it anymore. Lastly, after the big conflict, I was skimming. I didn’t like the way it was handled.

Overall, not a winner for me. Also, after looking at reviews for the other two books in this series I think I’m going to pass. I have to stop listening to booktok.