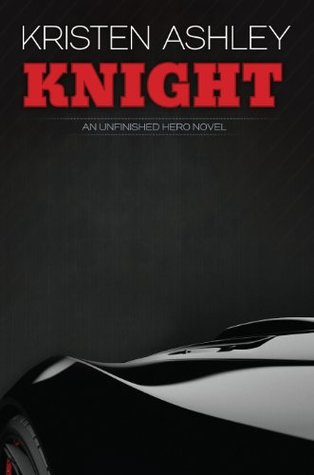 Anya Gage has learned that to get anything good in life, you have to work for it. She has no expectations, no dreams.

Then she finds herself at a party where she doesn’t want to be and she meets Knight.

Knight Sebring knows who he is, what he wants and what he likes. And he gets it. But he never expected something as sweet as Anya Gage to wander into his bedroom during a party he did not expect to be having to borrow his phone.

Knight tries to leave Anya to the life she deserves of white picket fences and a man who watches football on Sundays – good, normal and clean. But when Anya comes to his nightclub and finds herself in a situation, he knows someone has to look after her, he can’t fight it anymore and he decides that man will be him.

Knight teaches Anya that, just as with the bad, in life you should also expect the good. And he teaches her this by giving it to her.

But Knight has a dark past and just as he desires Anya for exactly who she is, he fears when she finds out exactly the man he has become and always intends to be, she’ll leave him for good, normal and clean.

Now don’t get me wrong, by NO MEANS am I saying that this book is great literary content. I think I enjoyed this one was because of nostalgia and me being into alpha males. This book is not going to work for so many people. It is problematic AF.

I did enjoy Anya and Knight together. I couldn’t get enough of reading about their relationship. This is a straight up Dom and Sub relationship. It started off as soon as they met and soon jumped to DDLG and was so hot! The sex scenes were 10/10 for me.

What might be deal breakers for some is that Knight is such an anti-hero that it’s no joke. Some of the things he says and does will rub so many people the wrong way. Especially his “me man, you woman” way of life. Basically, this is not feminist friendly.

This review is a hot mess and I’m just going to stop here. I enjoyed my reread and might actually pick up the rest of this series of anti-heroes.