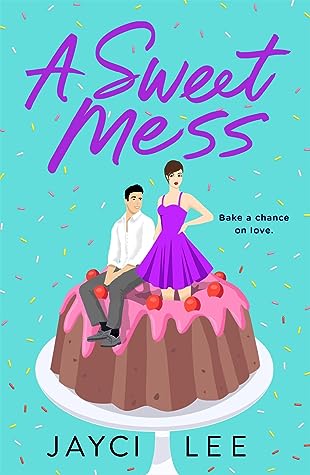 Aubrey Choi loves living in her small town nestled in the foothills of California, running her highly successful bakery away from the watch of her strict Korean parents. When a cake mix-up and a harsh review threaten all of her hard work and her livelihood, she never thought the jaded food critic would turn out to be her one-night stand. And she sure as hell never thought she’d see the gorgeous Korean hunk again. But when Landon Kim waltzes into her bakery trying to clean up the mess he had a huge hand in making, Aubrey is torn between throwing and hearing him out.
When she hears his plan to help save her business, Aubrey knows that spending three weeks in California wine country working with Landon is a sure recipe for disaster. Her head is telling her to take the chance to save her bakery while her heart—and her hormones—are at war on whether to give him a second chance. And it just so happens that Landon’s meddling friends want them to spend those three weeks as close as possible…by sharing a villa.
When things start heating up, both in and out of the kitchen, Aubrey will have to make a choice—to stick it out or risk her heart.

I’ve read one book by Lee last year so I knew that I would enjoy her writing. Sweet Mess was a good read, it just wasn’t something that wowed me.

This book started off so well! I was already intrigued by Audrey and Landon and was dying to see where the story would take them. Their chemistry was done well and so were the characters themselves. The author gave us moments where I would hold my breath to see if they would cross the line again.

What dropped my rating down was that at times it seemed to drag and that I so I already called most of the things that were going to happen in this book. Especially the conflict. Quite a few times, I kept waiting for something else to happen besides the “will they won’t they” between Aubrey and Landon. I also want more scenes between her and Tara and in her bakery.

Overall, this was good and okay but nothing that will become a favorite of mine. The next book in the series is about Tara and I’m excited because I adored how sassy she was in her scenes here.

12 thoughts on “A Sweet Mess by Jayci Lee”