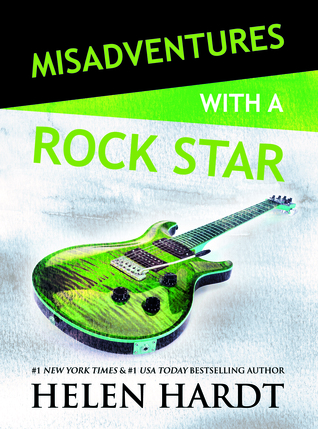 ***MISADVENTURES ARE STANDALONE ROMANCES THAT CAN BE READ IN ANY ORDER***

Heather Myles isn’t exactly thrilled to accompany her groupie roommate to an Emerald Phoenix concert. The aspiring screen writer would rather be home with a good book. After Susie pleads with her, though, Heather relents. What the heck? Maybe a change of scenery is just what she needs to combat her desolation over getting turned down by yet another small production company.

So I’m a big fan of the Misadventures series. I loved the last two I read last month. Which is why I’m super disappointed that was just a no for me. This won’t be a review, more like a rant.

I was all behind Heather in the beginning. While she was attracted to Jett, she was standing her ground with not sleeping with him. And boy did he try to get her into bed. Then she just ups and throws herself at him!

While Jett and Heather did have chemistry and their sex scenes were hot, that was it! There wasn’t a damn connection between them at all other than sex. Can we please have an actual forming relationship plot in 2018?

I honestly felt as if every type of sex was thrown into this book. We have some girl on girl, some bondage, and also some others that I shouldn’t go into detail about. These people knew each other for about 3 days, you want me to believe that they were doing all this? You can’t be serious!

While there was a little bit of suspense thrown in, I wasn’t at all impressed. Also, the ending was so rushed that I just wanted to smack myself for reading this thing through. This is my least favorite book in this series and I might have to take a break from it.

6 thoughts on “Misadventures with a Rockstar by Helen Hardt”