Hi friends! I’m back with another mini review post! I recently finished two romance ARCS and just thought to combine in one post. We have Discretion by Karina Halle and Butterfly in Frost by Sylvia Day.

Just going to say this now, I was H E L L A disappointed by both of these. Not a good month for me and reading Montlake Romance releases. 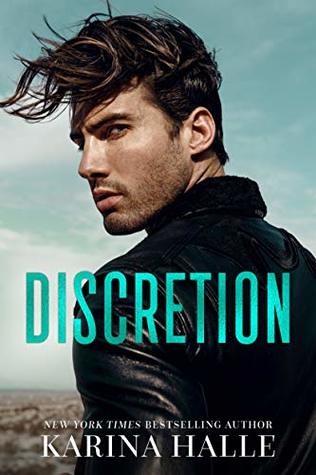 Discretion (The Dumonts #1)
by Karina Hale

The Riviera means indulgence—if you’ve got money. For Sadie Reynolds, a down-on-her-luck student, the Riviera means dingy hostels and back streets. When a wrong turn puts her in jeopardy, the last thing she expects is to be saved by the most handsome stranger she’s ever locked eyes with. When she later wakes up in a luxury suite with a Mediterranean view, she’s in the tender care of her rescuer: Olivier Dumont, France’s most eligible bachelor, billionaire hotelier, and heir to the Dumont fashion fortune.

Olivier also owns his reputation for scandal. But Sadie is unlike any woman he’s ever met. Her humble persona and wild innocence promise real passion. He’s promising Sadie something too: anything she wants. From Bordeaux to Cannes to Paris, Sadie’s past in America is swept away and replaced with a fantasy too good to be true.

Pulled into Olivier’s orbit of wealth, glamour, and excess, Sadie discovers that the Dumont dynasty comes with a legacy of wicked secrets. And Olivier’s secrets may be the most damning of all…

I don’t even really know what to say. I was so excited about this one because I’ve been wanting to read Halle’s writing for a while. Maybe I shouldn’t have started with this book. I didn’t get the romance and I thought the plot here was pretty weak to carry a whole book.

Like I said before, the plot of Olivier’s past mistake was a bit weak. I don’t know if he was seriously afraid of being portrayed differently to the world or he was just really a weak guy overall. He was already seen as a rich playboy. What more harm could come to his image honestly.

All in all, I didn’t really enjoy this one. Maybe if I go back and read some of her previous works, then I will fall in love with her books. While the next book is about his sister and sounds really interesting, I’m on the fence on if I’m going to continue with this series. Well, I have until November to figure that out. 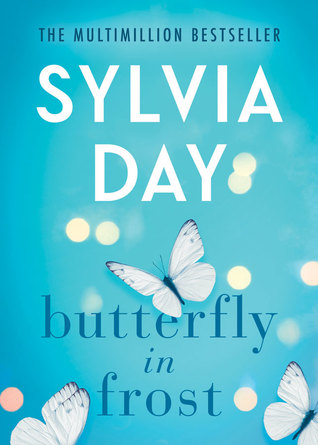 Butterfly in Frost
by Sylvia Day

Once, I would never have imagined myself here. But I’m settled now. In a place I love, in a home I renovated, spending time with new friends I adore, and working a job that fulfills me. I am reconciling the past and laying the groundwork for the future.

Then Garrett Frost moves in next door.

He’s obstinate and too bold, a raging force of nature that disrupts the careful order of my life. I recognize the ghosts that haunt him, the torment driving him. Garrett would be risky in any form, but wounded, he’s far more dangerous. I fear I’m too fragile for the storm raging inside him, too delicate to withstand the pain that buffets him. But he’s too determined…and too tempting.

And sometimes hope soars above even the iciest desolation.

When I saw that Slyvia Day was releasing something new I was quite intrigued. How could I not be? I adored the Crossfire series when I read it a few years ago. However, while this book started off great for me it didn’t stay that way.

At first, I didn’t understand seeing all of the 3 star reviews for this book. After reading it, I can see how people could have all of these mixed feelings about it. I don’t even know how to express why I feel the way I do because that would be spoiling the book. And man is there something to spoil. There is a twist to this story that I can completely say threw me for a loop and not in a good way, to be honest.

For the most part, I did enjoy our characters Teagan and Garrett. There was chemistry and there is no doubt that Slyvia Day can write a hot as hell sex scene. We got multiple of them here and I don’t know how anyone could complain about that.

Two things could have made this better. Our main character is part Asian but we don’t find out until later down the line. Like W A Y down the line. It made me realize that while we were getting so much description about Garrett, all we found out about Teagan was that she has waist length dark hair and was too thin. Also, in the way the plot twist was added the book should have been made into an actual novel. Where it ended doesn’t sit well with me and I could have used a bit more to wrap things up.

While I did miss Day’s writing and got some sexy scenes, it wasn’t what I was expecting and I am a bit disappointed.

So that wraps up my reviews of some of the romances that I have read recently.