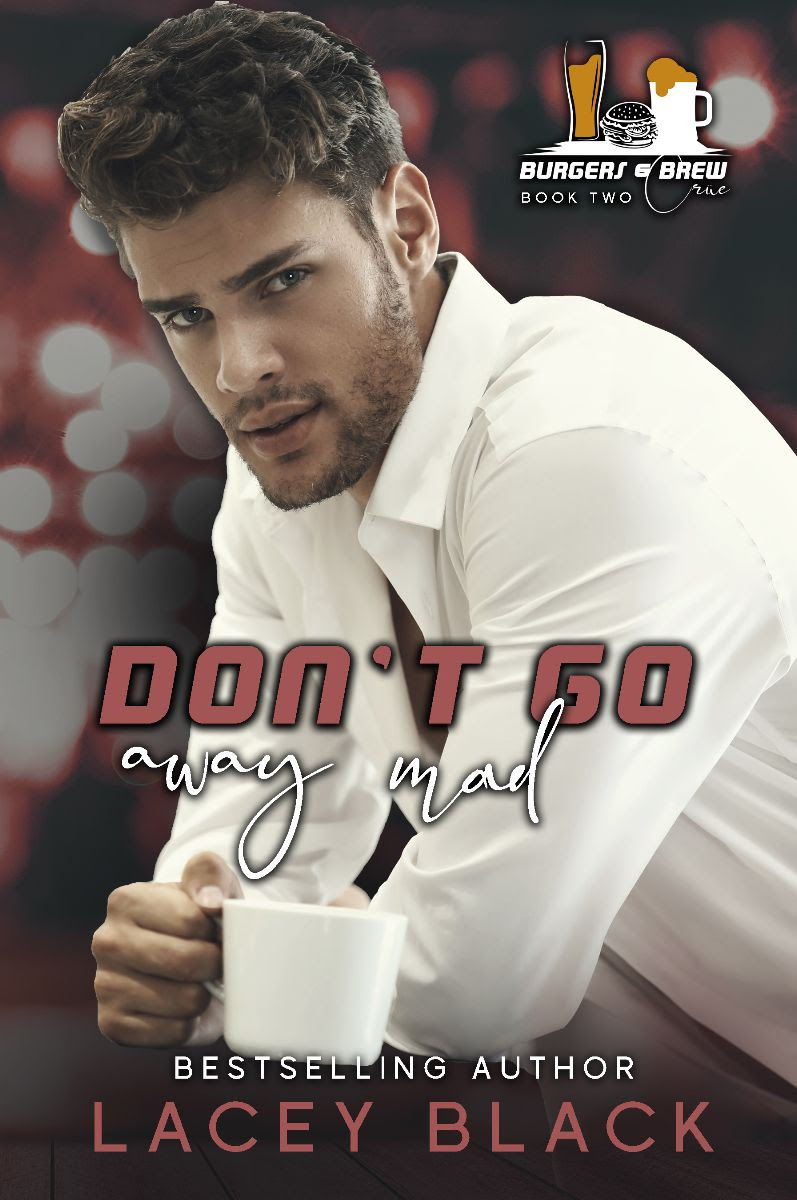 The kitchen: it’s my domain, where I create the best burgers in the Midwest. I’m the man behind the grill at Burgers and Brew, the restaurant and bar I co-own with my best friends. Every night, we’re packed, the demand has never been this high. It’s the only way I want it, thriving and pushing myself to be the very best.

Then she started her new business across the street from mine.

The one woman who always got under my skin, who pushed me to be better. Lyndee was my biggest rival in school and my biggest regret.

A new start: that’s what Stewart Grove means for me and my brother. He’s the one who pushed me to take the chance on opening my own bakery. I am ready for the long hours, the grueling schedule, and the hard work it will take to be successful.

I wasn’t at all prepared to come face-to-face with the man across the street.

An almost kiss in college with the world’s most infuriating man has haunted me for the last decade. Now Jasper’s here, and I don’t think I can resist him.

Things are about to heat up in and out of the kitchen.

I just pray I don’t get burned.
Ratings of Previous Books:
1) Kickstart My Heart

I wanted to love this! Was this second book syndrome? I adored Kickstart My Heart so when I saw that we were getting Jasper’s book, I was over the moon. I soon started to realize that he wasn’t going to be a character that I wanted to root for.

Jasper was one of my biggest issues with this book. He was basically a big man child and I’m not even talking about how he acted in his professional setting as a cook. Ever since Lyndee showed up across the street, he was angry at her. He was legit angry at her for existing and him wanting her. Y’all I really couldn’t. While he did get better, I never could actually say that I liked him.

Lyndee was your typical romance heroine. She had a semi sad backstory and took care of her disabled brother. She was sweet and I liked that the group accepted her and gave her and her brother people that they could count on.

As far as chemistry goes, there were sparks but it felt as if we were just supposed to ship them together because of them knowing each other previously. That didn’t work because while they were classmates and had that whole competitive banter, they didn’t really know each other. Which in turn gave us a lot of awkward moments between these two.

This is a romance, so of course we are going to have a conflict. However, I still have questions about how it happened and got that far in the first place. It didn’t seem realistic and it wrapped up pretty quickly without much groveling.

All in all, I was disappointed with this one. I still want to continue with the series because Isaac’s story is up next and his story is the one I’m the most excited for. I can’t wait to see his cool and calm feathers ruffled when he meets his person.

*I received an ARC via Give Me Books for an honest review.*
Goodreads
Instagram

3 thoughts on “Don’t Go Away Mad by Lacey Black”